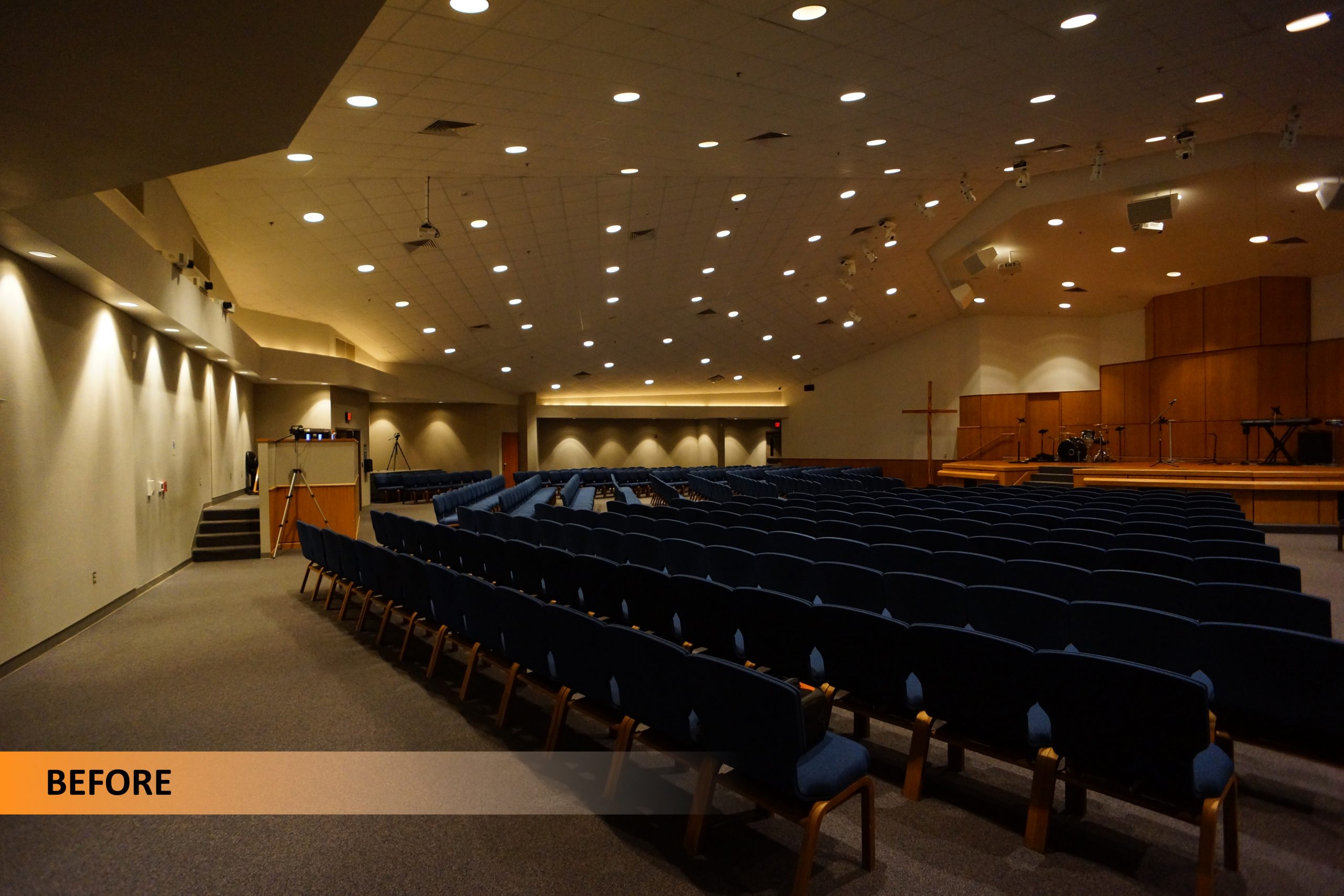 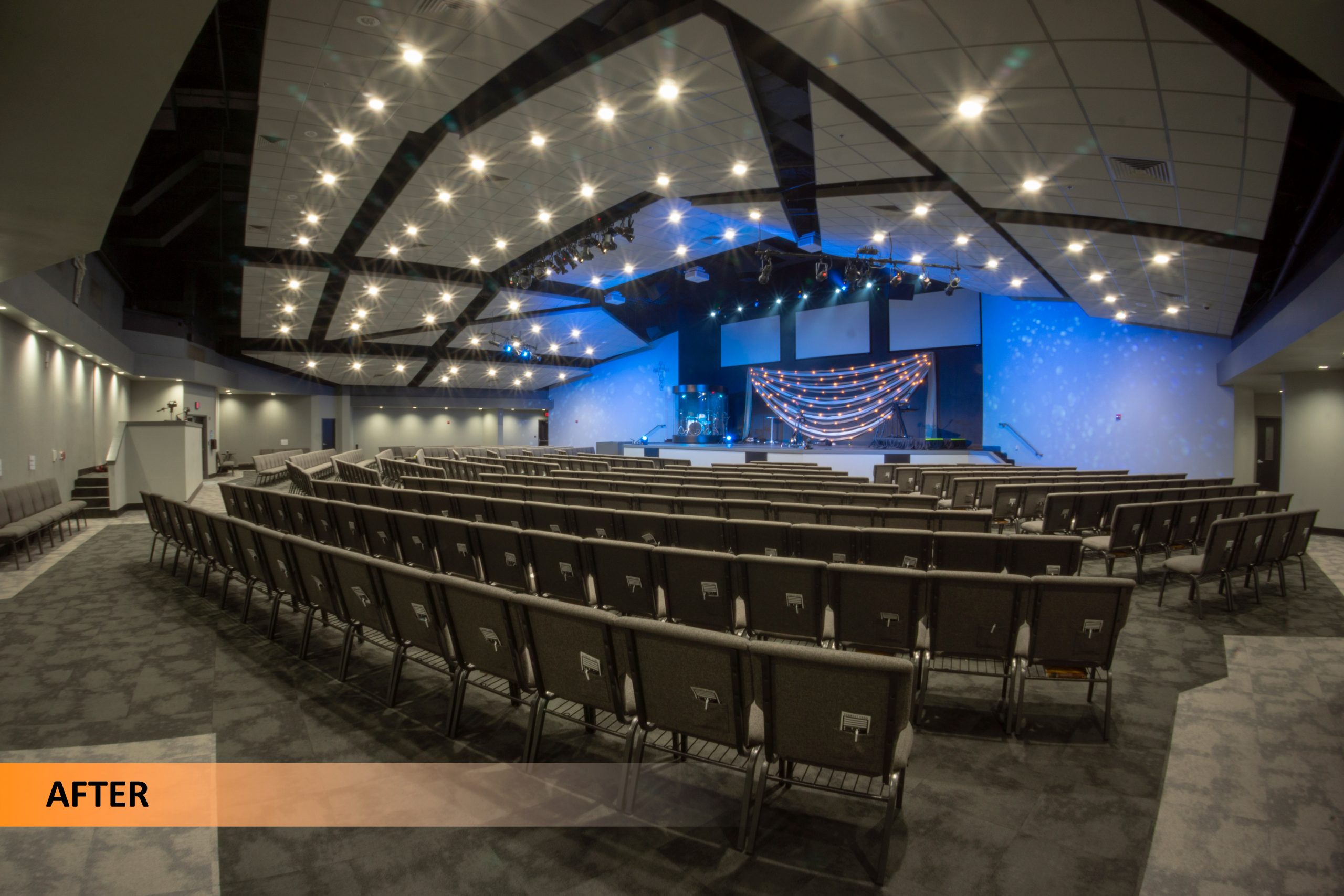 Aldersgate Church has had the same worship layout and stage since the building was first constructed in the 1990s. In the original design, the stage backdrop was cladded in wood paneling surrounding a typical raised baptistry. Fluorescent lights were installed in a vaulted ceiling with suspended 2’x2’ tiles. Halo was hired by the church to develop a creative solution to make the space look more contemporary while also improving on several functional aspects of the stage design and backstage area. After just a handful of meetings with the owner, Halo’s design called for the removal of the existing 2×2 ceiling panels, to be replaced with suspended ceiling clouds which helped direct the audience’s attention and focus to the stage area. New LED lighting replaced the existing fluorescent lights which meant fewer fixtures were needed, and in addition, the church was now able to better control the light levels in the space. The stage was expanded to create a larger area for the worship team. The existing baptistery was removed to be replaced with a more functional and portable baptistery. In place of the existing baptistery, a new hallway was designed to provide private access to both sides of the backstage area. On one side, the green room was updated with contemporary finishes and new lighting. The new worship space at Aldersgate Church has addressed Aldersgate’s need to provide a more contemporary worship experience for the congregation and their visitors alike. 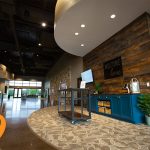 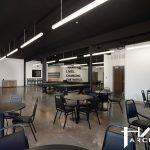